Wow, that last post was a year ago! And here I am back to my mission to draw a shit ton of Scooby monsters. That being said, I'm dedicating my INKtober to my niece Ashley. We just celebrated her being 2 years cancer-free, and has been in and out of hospitals and surgeries. She's been so strong and phenomenal throughout all of this and I'm so proud to be her uncle. Her favorite show as a kid was Scooby-Doo, so for the month of October I'll be drawing one Scooby-Doo villain every day in honor of her.

All of these sketches are done with blue Col-Erase pencils with quick inks using a Flair pen.

DAY ONE: The Ghost of Mr. Hyde from the 1970 episode of Scooby Doo, Where Are You! titled "Nowhere to Hyde". 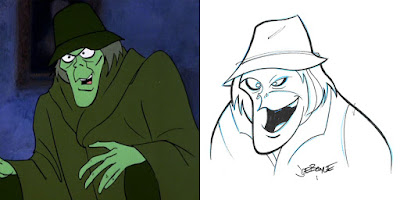 DAY TWO: The Wolfman from the 1969 Season 1 episode of Scooby Doo, Where Are You! titled "A Gaggle of Galloping Ghosts". 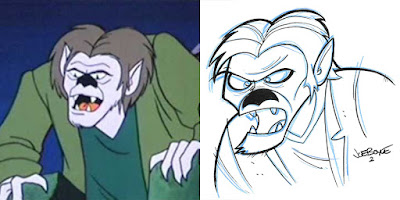 DAY THREE: Carlotta the Gypsy also from "A Gaggle of Galloping Ghosts". 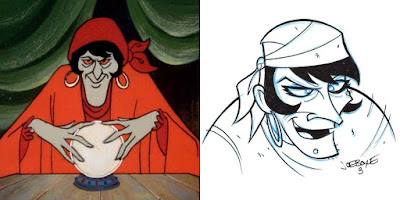 DAY FOUR: Ghost Clown from the 1969 season one episode of Scooby Doo, Where Are You! titled "Bedlam in The Big Top". Getting a little more comfortable inking with this cruddy Flair pen. And this time I had some extra time to throw in a little flat digital color. I really like the way this one came out. 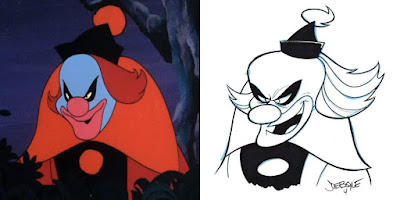 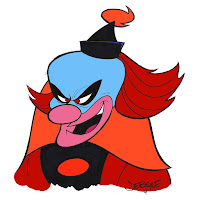 DAY FIVE: The Ghost of Redbeard the Pirate from the 1969 Season 1 episode of Scooby Doo, Where Are You! titled "Go Away Ghost Ship". I really like the shapes that happened in this guy. And I gave him a little bit of grit. He's a pirate, after all. Again I threw in a little flat digital color. Who decided he should have pink in his costume?? Not very intimidating. 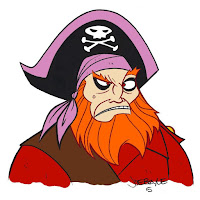 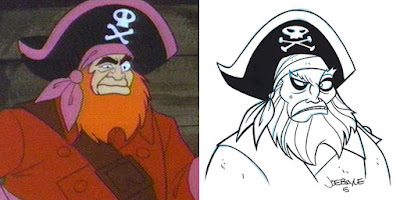 DAY SIX: The Ghost of Dr Coffin from the 1976 episode of The Scooby-Doo Show titled "The Harum-Scarum Sanitarium". Another one of my favorites. He's kinda like Nosferatu mixed with a mad doctor. I'm going to try to throw in some quick flat colors for the rest of these. Not that this pale guy really has much color to him. 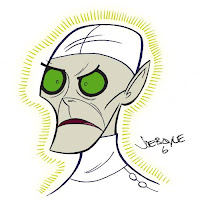 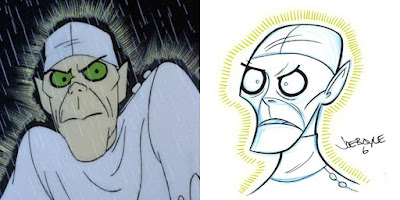 DAY SEVEN: The Specter of Ebenezer Crabbe from the 1976 episode of The Scooby-Doo Show titled "High Rise Hair Raiser". Love this guy. He's like a glam rock vampire. Which appeals to me on so many levels. And I think I'm finally hitting my stride with these designs and inking with those pens. More to come next week... 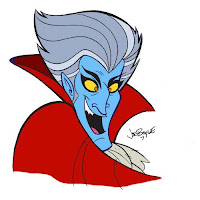 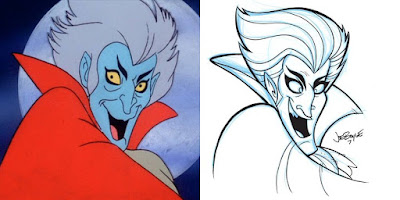 If anyone is interested in buying any of these sketches, I'm selling them for $25 each. I'll send you the inked sketch, the original blue pencil sketch, and an 8x10 printout of the color sketch. I'll also do commissions if you have a favorite Scooby villain. Email me at joeboylenyc@gmail.com if you want 'em!

*UPDATE: The Redbeard sketch has been sold.